- Dinners: Multi-course dinners included over 200 people and unique ingredients that were locally sourced

- BBVA: The Rocas have been BBVA brand ambassadors for the past six years, traveling across the globe with the bank for similar events

- Fairmont: Downtown luxury hotel served as host for both of the dinners

AUSTIN, Texas, Oct. 24, 2019 /PRNewswire/ -- BBVA and El Celler de Can Roca paired up again to bring the famous restaurant's atmosphere, food and chef to the front door of a U.S. market. 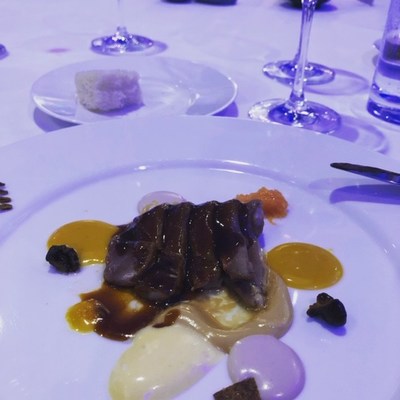 Chef Joan Roca of the famed Roca brothers traveled to Austin to prepare two dinners for exclusive events at the Fairmont Austin on October 22 and 23. Both events, attended by over 200 people total, included an 18-course meal, high-end wine pairings and an appearance by Chef Joan Roca.

"The BBVA Austin team was honored to not only host one of the best restaurants in the world, but also give our clients and the community a unique experience," said BBVA USA Austin CEO Dillan Knudson. "With the accolades that this innovative restaurant has won over the years, I can confidently say that Austin, Texas was home to the best restaurant in the U.S. for two nights. Food inspires passion and provides a common language for people worldwide, and we were proud to bring a touch of Spain to the vibrant city we call home."

The dinners started each night at 8 p.m. after a cocktail hour with hors d'oeuvres that included acorn-fed Ibérico ham, pork rind with prawn and grapefruit and truffle brioche. The multi-course dinner included main dishes with proteins such as duck, spiced veal oyster blade and langoustine.

Guests were treated to unique ingredients with every colorful dish laid before them, with pickled flowers, red wine smoked pears and sheep's milk among them. Each dish was made with local ingredients sourced by the Roca team and the chefs at the Fairmont Austin, where the dinners were held.

The downtown luxury hotel, which broke ground in 2014, hosted both dinners and was a perfect venue for the Roca events. The hotel boasts a world class and renowned culinary team and is uniquely located amid the lush greenery of Palm Park and Waller Creek and directly connected to the Austin Convention Center. Wait and kitchen staff helped prepare the dinners with the Roca team.

"Getting the opportunity to have our culinary teams work hand-in-hand with world class and renowned Chef Joan Roca and his culinary team from Cellar de Can Roca was truly an honor," said Fairmont Austin Executive Chef Andre Natera. "It did not take long for the Cellar de Can Roca team and the Fairmont Austin team to work seamlessly together and feel like family. We had a lot of fun and learned so much; he is welcomed in our kitchens whenever he is back in Austin."

El Celler de Can Roca, usually booked months in advance, was named the world's best restaurant in 2015, and has been in the top 3 for six of the past seven years by Restaurant magazine. Known as the "holy trinity" of the culinary world, the brothers' restaurant has also obtained three Michelin Stars, an extremely rare and prestigious achievement for restaurants the world over. Joan serves as the head chef, Jordi is the establishment's pastry chef, and Josep is the sommelier.

The Roca brothers have been BBVA brand ambassadors for the past six years, and during that time have traveled across the globe with the bank to bring clients the atmosphere and innovation that has made their restaurant a culinary gold standard. Previous U.S. stops have included Birmingham, Ala., Dallas, Denver, Houston, Manhattan, Miami, Phoenix and San Francisco.

"Personally, this partnership has been a wonderful experience," said Chef Joan Roca. "It has allowed me to travel the world, to grow both personally and professionally, and experience a process of continuous learning. For the restaurant, it's been wonderful to expand our brand throughout the 13 countries we've visited in the past six years. I'd say the restaurant is better now than it was before this partnership with BBVA. So am I."

BBVA Group
BBVA (NYSE: BBVA) is a customer-centric global financial services group founded in 1857. The Group has a strong leadership position in the Spanish market, is the largest financial institution in Mexico, it has leading franchises in South America and the Sunbelt Region of the United States. It is also the leading shareholder in Turkey's Garanti BBVA. Its purpose is to bring the age of opportunities to everyone, based on our customers' real needs: provide the best solutions, helping them make the best financial decisions, through an easy and convenient experience. The institution rests in solid values: Customer comes first, we think big and we are one team. Its responsible banking model aspires to achieve a more inclusive and sustainable society. 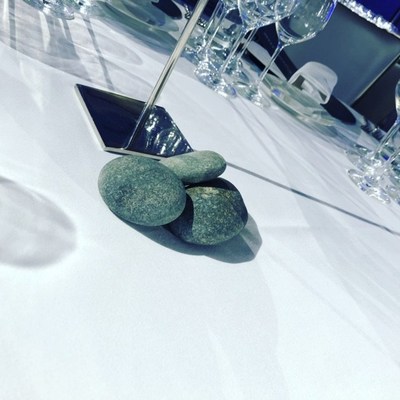 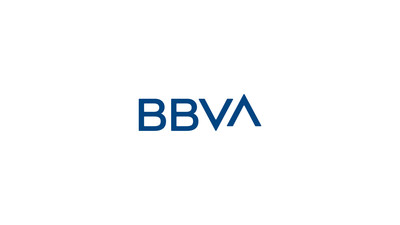